Four figures representing the higher Field command of the British Army in WW2.

2 Officers, one radio operator and radio and one medic.

Note, the radio operator needs a chair. We don't provide you with one. 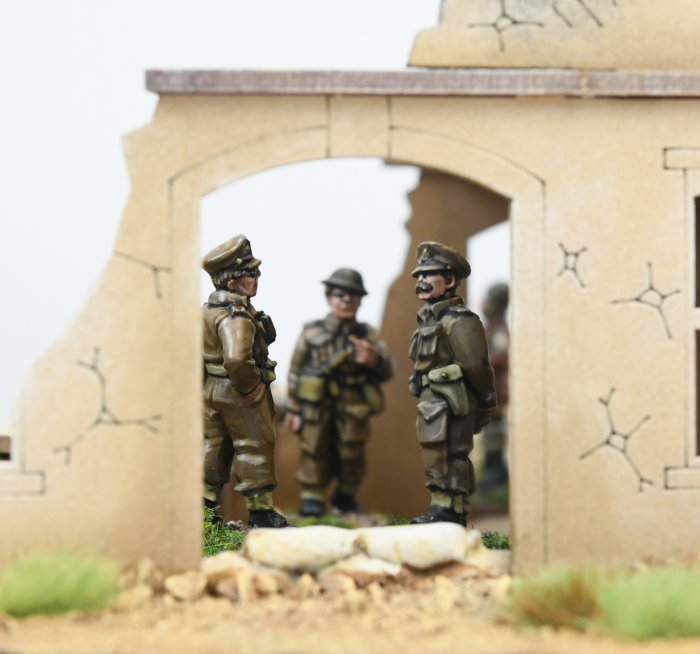