5 metal figures and one resin motorbike. Two senior officers, one medic, one radio operator and one M/C dispatch rider with bike. (Artizan Design) 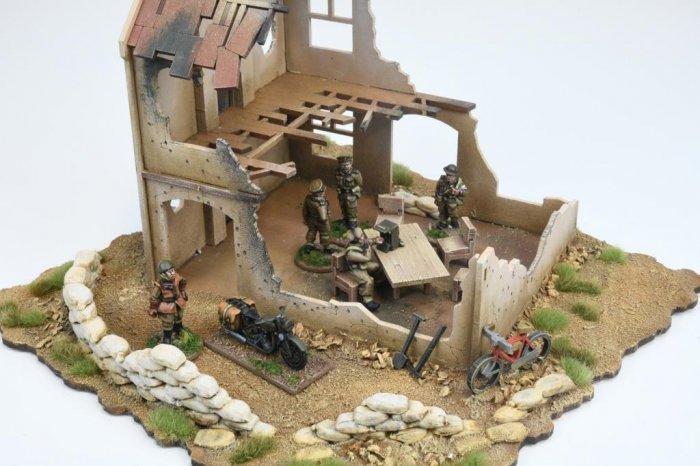