This kit contains one resin motorcycle, and metal figures of a rider and a dismounted messenger. The kit allows you the choice to have the bike being ridden or not.

28mm sized models, supplied unpainted. You will need modelling tools and glue to build this kit, not recommended for inexperienced modellers. 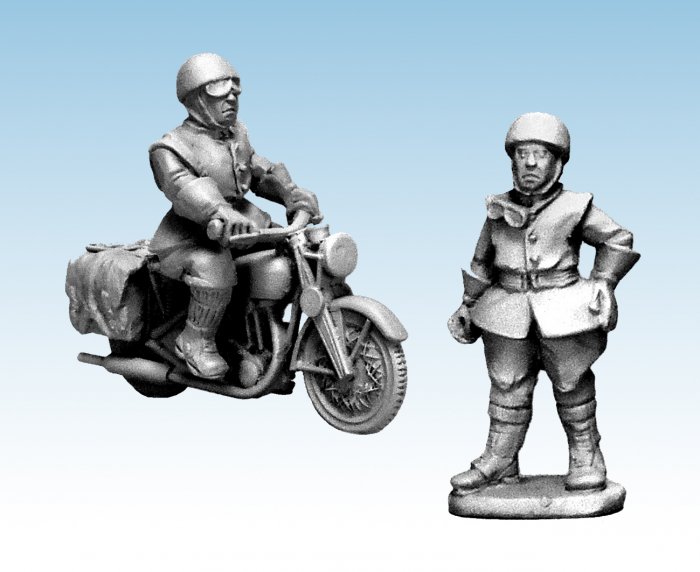