Renegade Confederates.
By the time they got to Texas, Sarge realised it might be all over for the South. Never having been the brightest of his troop, he sure was the meanest. He and the boys would all miss the killing, looting & burning, 'cus they was good at it. There was plenty of gold across the border into Mexico, and folks who needed hired guns. They liked gold, they had guns, so one night they killed the Captain and high tailed it for Mexico to make their fortunes.

Figures are 28mm sized, made of metal and supplied unpainted. 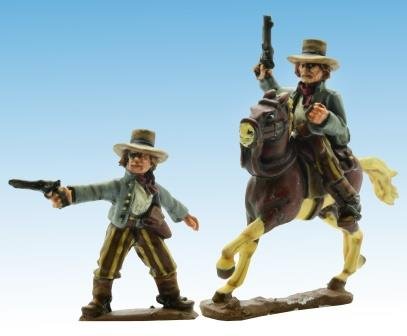