These figures represent a Naval Infantry squad from the Soviet armed forces of WW2. They are in their Naval uniforms, and were seen in many threatres of the Eastern Front, including the Seige of Stalingrad. 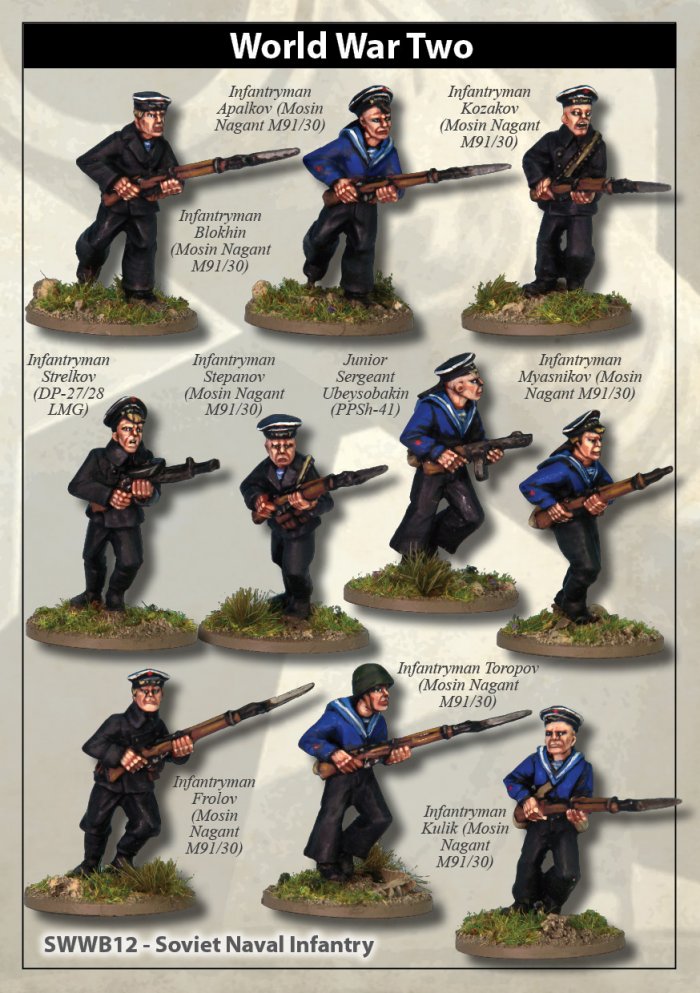