Fort Purgatory controls the safe crossing on the Cahulawasse River that separates South Carolina from Georgia. Garrisoned by men of the 13th Infantry Regiment (Mattersons Sharpshooters), they patrol deep in to South equipped with respirators and the latest Springfield Repeaters. These tough veterans have years of experience tracking down outlaws and renegades that plague the borders. They offer some protection to the few brave but foolhardy homesteaders who have moved in to the abandoned lands to start a new life, away from the packed refugee camps that surround the Northern cities.

The key men of the 13th are Major Jackson, Sgt Franklin and scout Pearce. These men lead most of the patrols across the Cahulawasse River. On their most recent patrols they have found farms burned to the ground with no bodies to be found anywhere. In the camps at night, they've heard unearthly screams and cries. When headquarters received these reports, an ornithopter arrived at Fort Purgatory carrying Captain Ross and Sergeant Odell to accompany Franklin's patrols to study the deserted homesteads. 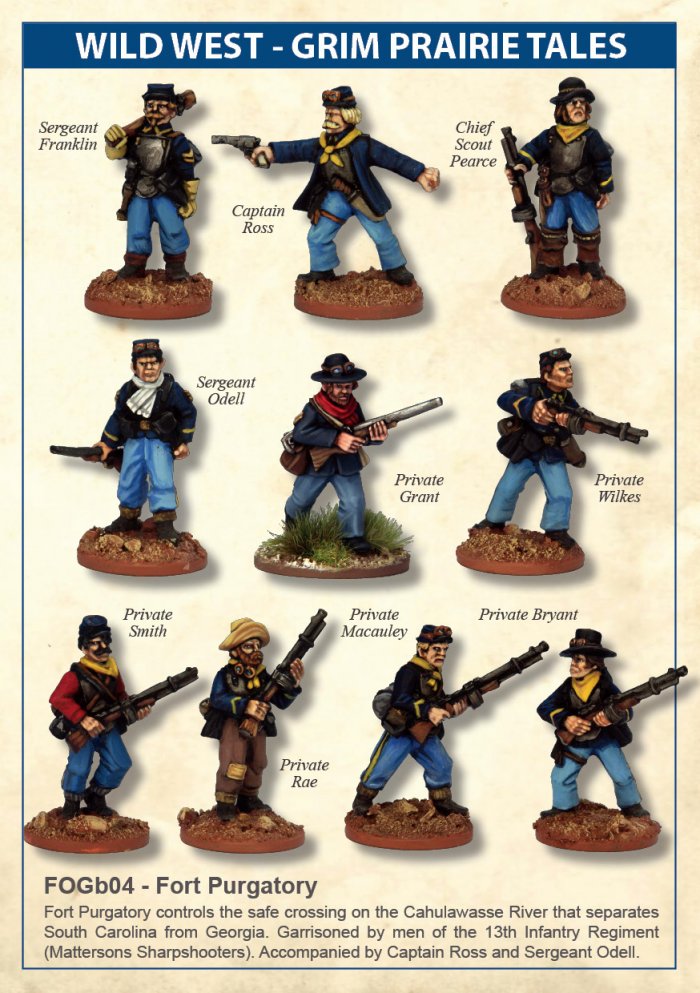