If you can't do it with one bullet, don't do it at all.

A hero from the old school, Africa is in his blood and a part of his soul. It is said that Quatermain will live for as long Africa endures.  Quatermain has been seen to fall, only to re-appear alive once more. A former big game hunter, he now leads others on adventures across Africa and beyond, armed with his trusty Double Barreled Express "Matilda" Rifle. He is occasionally a reluctant servant of the Crown, but will always fight for justice. A crack shot, he can track any creature anywhere, supposedly even across a pane of glass. Although somewhat aged, he is still as tough and unforgiving as the land he loves.

Every set comes in a limited edition numbered gift box. Only 500 will be made 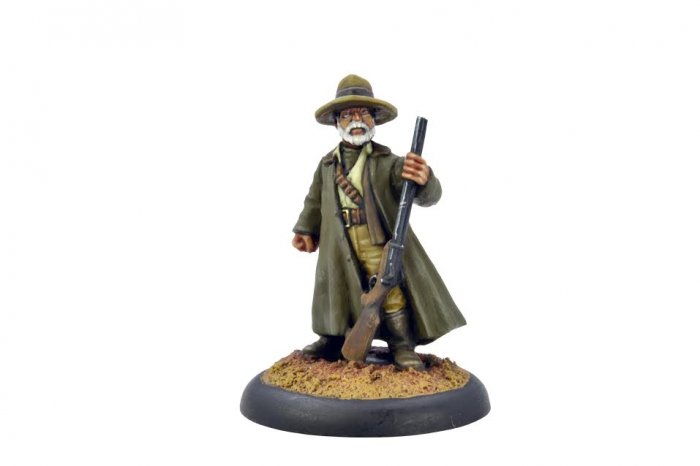