These figures represent an Infantry squad from the Soviet Red Army of WW2. They are in Fur Hats and a selection of padded jackets, suitable for the colder threatres of the Eastern Front, though not wearing the full snow suits needed for deep winter. 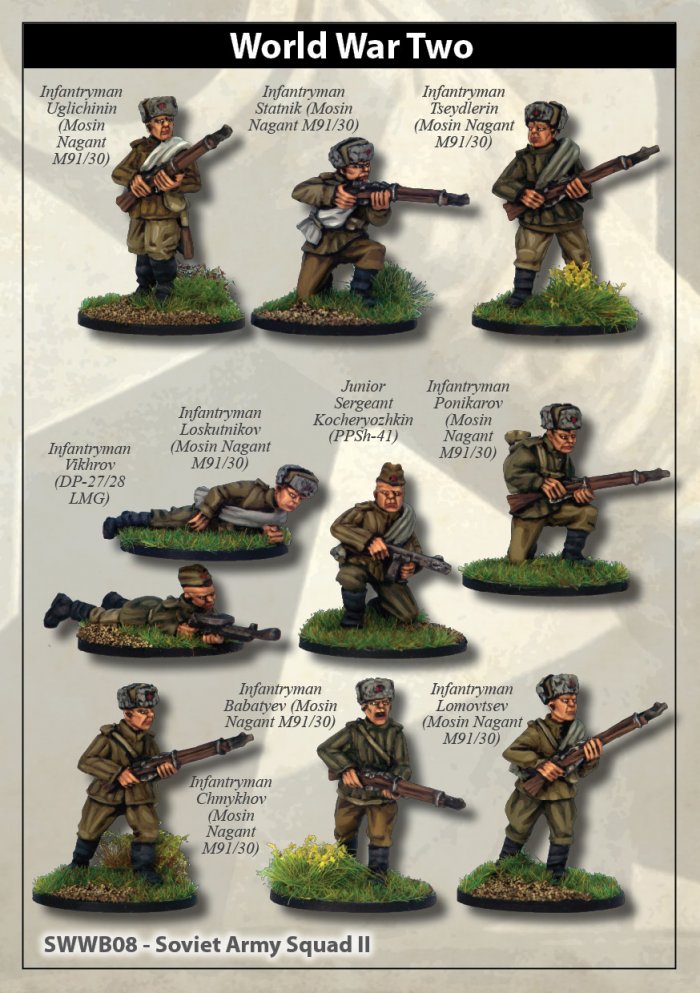