FOGb02 - Crew of the Hesperus

HMSS Hesperus is the largest (and slowest) ship in the British Empires space fleet. Salvaged from an abandoned Martian invasion ship and re fitted for use as a cargo transporter. On the three month outward  journey to Mars they carry mix of scientific expeditions, convicts being sent to labour in the giant Martian work camps and regular army units being sent on garrison duty or to bolster the thinly stretched Martian frontier force. The return journey the Hesperus is filled with rare metals and looted Martian technology for study in the scientific institutes of London.
Being assigned to the Hesperus crew is considered to be one of the worst jobs in the Space Fleet. Between the tedium of the long journey, the constant maintenance of the re fitted technology and the mercurial temperament of Captain Pettigrew. On every journey there are mysterious  disappearances but these are rarely spoken about and classed by the Captain to higher command as lost overboard. 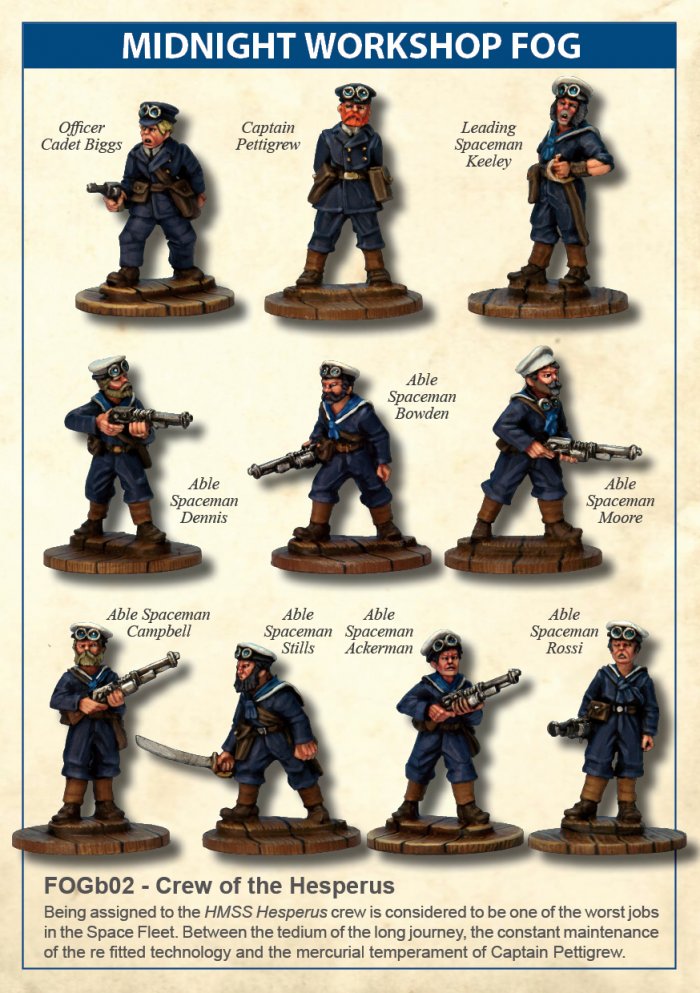