This is the Mark IV 6 Pounder AT Gun used by the British Army in the later years of the war, replacing the Mark II.

Designed for use with 28mm sized figures.

The gun is a resin kit, supplied unpainted and requires assembly with glue. The three crew figures are metal 28mm sized unpainted miniatures. 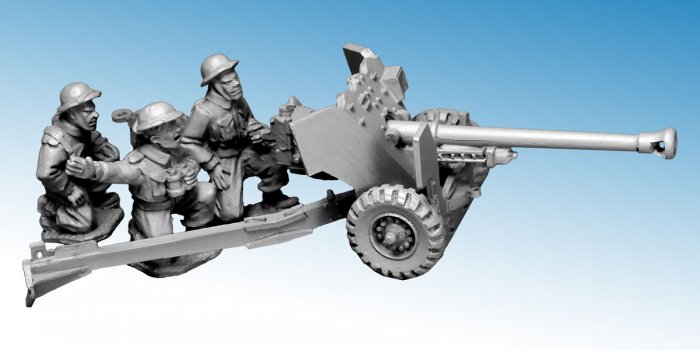