These figures are dressed in the 1901 uniform designed for Colonial Troops. They can be used to depict Marines as well as Foreign Legion. The uniform was worn in all French colonies and was still in use during WW1.

Figures are 28mm sized, made of metal and supplied unpainted. 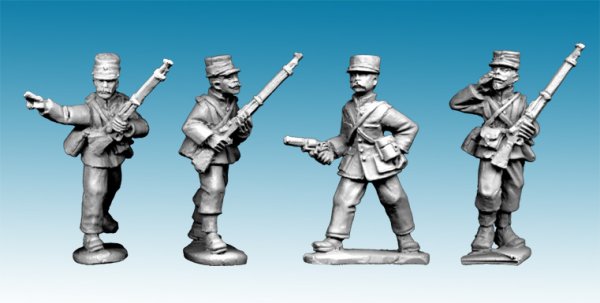