These figures represent Landskneckt officers. They don't come with spears.
An officer would be armed with a Boar Spear, Pike or Halberd. If you add pikes to these figures and field them as a unit, they can be used as a Guard regiment such as the Papal Guard or Maximillians Guard.

Figures are 28mm sized, made of metal and supplied unpainted. Figures are not toys and are unsuitable for children under the age of 14. 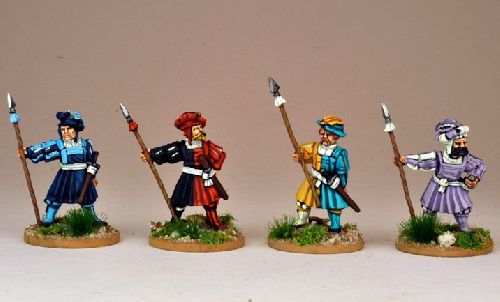