This regiment deal is made up of 20 figures, 16 are a random mix of armoured and unarmoured pikemen, plus 4 random command figures.

The figures are 28mm sized, made of metal and supplied unpainted. The deal does not include a flag. 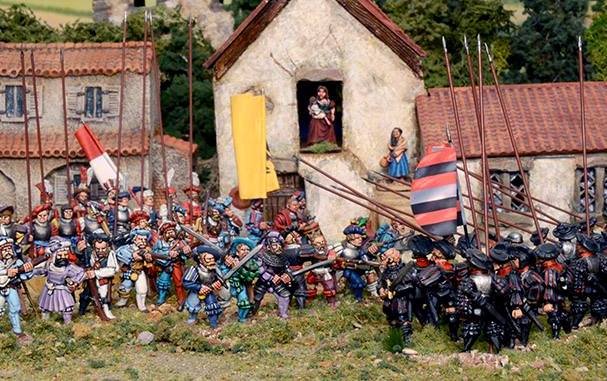