These figures are suitable for American forces in North Africa, Italy, Sicily, Normandy and North-Western Europe. They can also be used as glider troops.

Three figures and Mortar per pack. 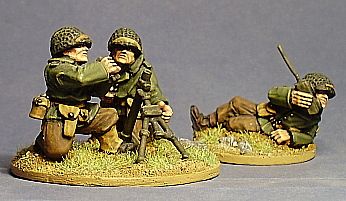