These figures are suitable for German Forces in the latter part of the war, particularly in North West Europe, 1944-45. 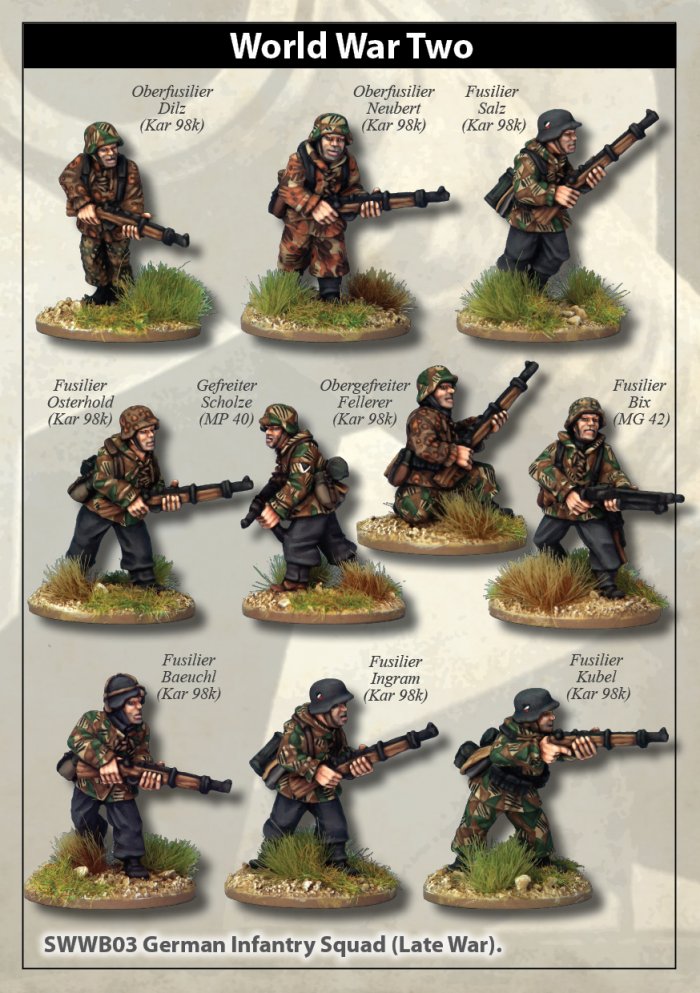